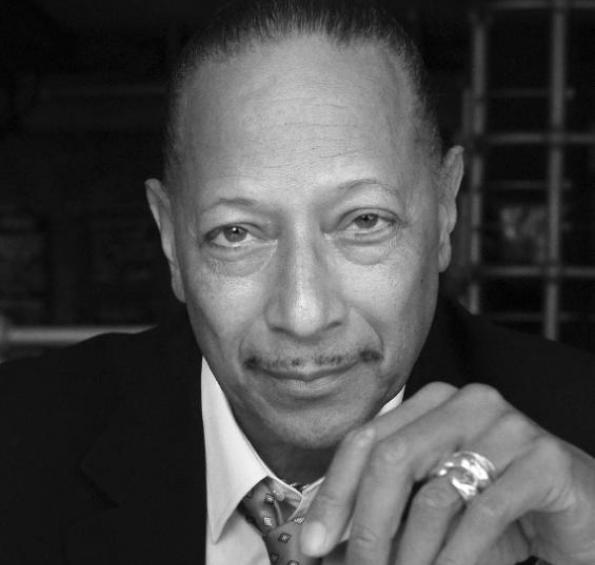 Born in Jamaica, Straker is known to more than one generation of music fans and theatergoers as a unique and versatile performer. He first attracted attention in 1968 when he starred as Hud in the original London production of the seminal musical Hair. He has appeared on a regular basis in both musical and theatre productions in the West End, including: Pete Townsend's Tommy (Queen's Theatre); Blues In The Night (Piccadilly Theatre); Ken Hill's The Phantom Of The Opera (originally performed at Theatre Royal, Stratford then at Shaftesbury Theatre) and Hot Stuff (Cambridge Theatre). His classical roles include Cassius in Julius Caesar directed by Roger Rees (Bristol Old Vic) and Lucio in Measure For Measure directed by Michael Rudman (National Theatre). In 1997 he appeared in the first London revival of Stephen Sondheim's Assassins (New End Theatre). He appeared in a piece written especially for him entitled Mary And The Shaman, produced by Babel Theatre, which premiered at BAC in December 1998.

He appeared in Talawa's One Love at Bristol Old Vic and the Lyric Hammersmith, and toured in Kwame-Kwei Armah's Hold On, both with Ruby Turner. In 2002 he was in Sammy and in 2003 appeared in Red Riding Hood as the Wolf and in 2004 he played Kitty in High Heel Parrotfish, all at Theatre Royal Stratford East. In 2004 he performed Straker Sings Brel written and directed by Mel Smith, at the King's Head Theatre, as well as touring Japan with Phantom Of The Opera and appearing in Romeo and Juliet at the Birmingham Repertory Theatre. He then reprised his role in Blues in the Night for 8 performances only at Leicester Peepul Centre followed by a month of concerts in Scandinavia. More recently, Peter performed for 3 months at The New End Theatre in From The Hart, starred in Soul Traders at the Edinburgh Festival, played The Wizard in The Wiz at Birmingham Alexandra Theatre / West Yorkshire Playhouse, starred in Korczak for the National Music Theatre and played Baron Hardup in Hackney Empire's Cinderella.

Peter has also made several appearances in film and television, starring in Ned Sherrin's groundbreaking Girl/Boy, playing Dev in Ron Hutchinson's series Connie with Stephanie Beacham and Pam Ferris, the title role in Colin Nutley's Da Silva Da Silva, and appearing in Dr Who's Destiny Of The Daleks with Tom Baker, The Orchid House directed by Horace Ové, and more recently, a guest lead in Casualty.

Peter's recording career has been no less notable, including collaborations with The Alan Parsons Project and Freddie Mercury's memorable Barcelona with Montserrat Caballe. He has also recorded five solo albums, two of which were produced by Freddie Mercury. He is currently working on several new solo theatrical projects with various collaborators including Warren Wills and David Evans, as well as working on a recording project with a new band. He is soon to star in a one man show, a celebration of his 40 years in the business.

Most recently Peter was seen in Revenants, a new play by Nichola McAuliffe at the Pleasance Theatre, Edinburgh Fringe Festival. Previously he was in a run of to  the iconic rock opera,  The Who's Tommy , this time as the Acid Queen,  in a UK tour with Ramps on the Moon. This Christmas he will be appearing in  a production of Cinderella as Baron Hardup at  The Hackney Empire.